Part-time Lecturer and Thesis Advisor (Big Data and Cloud Computing), University of Applied Sciences of Upper Austria at Hagenberg, AT 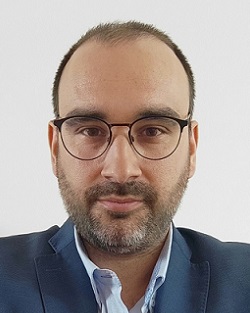 Dr. Jorge Martinez-Gil (Plasencia, Spain, 1983) is a computer scientist working in the Data and Knowledge Engineering field. He got his Ph.D. in Computer Science at the University of Malaga (Spain) in 2010.

He has held a number of positions across some European countries: Austria (Linz), Germany (Leipzig), Spain (Extremadura and Malaga), as well as a number of research stays in Austria (Innsbruck), Germany (Bremen), and Spain (Mallorca). He currently holds a Research Project Manager position within the department of Data Science from the Software Competence Center Hagenberg (SCCH) in Austria where he is managing several applied and fundamental research projects. Prior joining SCCH, he held an acting professorship within the University of Extremadura at Caceres (Spain).

Dr. Martinez-Gil is currently in charge of the subject Big data and Cloud Computing within the University of Applied Sciences Upper Austria at Hagenberg. In 2016, he was in charge of the subject Web Business within the University of Applied Sciences of Kufstein, in Tirol. He also supervises several Master theses. Mr. Martinez-Gil holds more than 1,000 hours of teaching experience in different languages and countries across the European Union (Austria, Germany, and Spain).

Dr. Martinez-Gil is involved in the evaluation of scientific manuscripts (+30 different journals and conferences), project proposals and study programs. He has served as an expert for a number of funding agencies from EU Commission (FP7, H2020, ERA-NET, CHIST-ERA, NGI), Austria, Finland, France, Belgium, Germany, Spain, Croatia, Czech Republic, Italy, Poland, Serbia, Latvia, Malta etc. Concerning review activities, Dr. Martinez-Gil ranks the second in Publons-Austria for the category of Computer Science (Source) and the first for Information and Computing as wells as Expert Systems with more than 200 reviews performed for top academic journals.

Dr. Martinez-Gil has been a technical evaluator of new books for some editorial companies. In recent times, he has also taken part as a scientific member of some startup accelerators in different european countries (Serbia and Spain).

Dr. Martinez-Gil received the Award to the Best Academic Performance from the University of Extremadura in 2007 (Category: Sciences), and Honorific Scholarship from the German DAAD in 2009.